Sleepy cobbled streets lined with pastel-colored houses lead down to the water in Colonia del Sacramento.

Kick off your visit on the 3rd (Fri): delve into the distant past at Bastion de San Miguel, then look for gifts at Almacen La Carlota, then get to know the fascinating history of Plaza Mayor, and finally wander the streets of Barrio Historico.

Things to do in Colonia del Sacramento

For ratings, where to stay, reviews, and more tourist information, refer to the Punta del Este trip builder site.

Things to do in Punta del Este 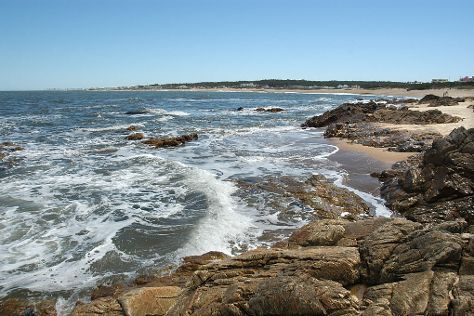 To see maps, more things to do, where to stay, and other tourist information, read Punta del Este itinerary planner.

You will leave for home on the 1st (Sat).
more less

Things to do in Punta del Este