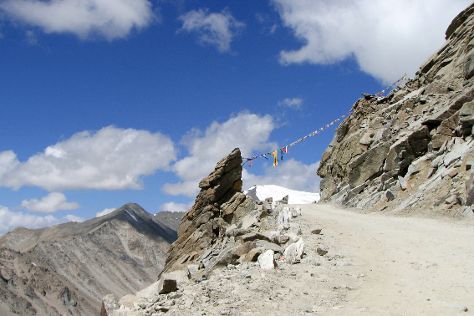 The former capital of the Kingdom of Ladakh, Leh possesses a historic old town area marked by stupas, monasteries, and traditional mud-brick houses.

You'll discover tucked-away gems like Khardung La and Shanti Stupa. Get some historical perspective at Serzang Temple and Spituk Monastery. There's lots more to do: relax and float downstream with a rafting and tubing tour, take in the spiritual surroundings of Phyang Monastery, and capture your vacation like a pro with an inspiring photography tour.

For maps, where to stay, traveler tips, and other tourist information, you can read our Leh trip builder website .

Dubrovnik, Croatia to Leh is an approximately 16-hour flight. You can also do a combination of bus and flight. The time zone difference moving from Central European Time (CET) to India Standard Time (IST) is 4 hours. Wrap up your sightseeing on the 6th (Mon) early enough to travel to Agra.
more less

Things to do in Leh

Step off the beaten path and head to Keoladeo National Park and Photography Tours. Your inner history buff will appreciate Taj Mahal and Agra Fort. And it doesn't end there: admire the architecture and history at Mother Teresa's Missionaries of Charity, relax and rejuvenate at some of the best spas, admire the striking features of Diwan-i-Am Agra Fort, and contemplate the long history of Shah Burj.

For more things to do, other places to visit, ratings, and other tourist information, read our Agra trip itinerary maker website .

Traveling by combination of flight and train from Leh to Agra takes 5 hours. Alternatively, you can drive; or do a combination of bus, taxi, and train. In January, plan for daily highs up to 22°C, and evening lows to 8°C. Wrap up your sightseeing on the 9th (Thu) to allow time to travel to Varanasi.
more less

A sacred city for Hindus and thought by many to be the place where Buddhism formed as a religion, Varanasi leaves an imprint on the hearts and minds of visitors regardless of their creed, race, or religion.

Fly from Agra to Varanasi in 2.5 hours. Alternatively, you can drive; or take a train. In January in Varanasi, expect temperatures between 24°C during the day and 11°C at night. Finish up your sightseeing early on the 11th (Sat) so you can travel to Rishikesh.
more less

Things to do in Varanasi

Rishikesh draws in visitors of all creeds with its wealth of ashrams and yoga and meditation teaching centers.

Your inner history buff will appreciate Daksheshwar Mahadev and Saptarshi Ashram. Get some cultural insight at Kunjapuri Devi Temple and Ganga Aarti at Haridwar. Explore Rishikesh's surroundings by going to Pawan Dham (in Haridwar) and Kunjapuri Temple (in Narendranagar). It doesn't end there: indulge in some personalized pampering at some of the best spas and contemplate in the serene atmosphere at Triveni Ghat.

To find reviews, where to stay, more things to do, and tourist information, you can read our Rishikesh itinerary site .

Getting from Varanasi to Rishikesh by flight takes about 4.5 hours. Other options: drive; or do a combination of train and bus. Wrap up your sightseeing on the 14th (Tue) early enough to travel to Manali.
more less

Things to do in Rishikesh

People visit Manali for a number of reasons, but all of them revolve around the landscape.

Do some cultural sightseeing at International Roerich Memorial Trust and Gurudwara Shri Manikaran Sahib. Deepen your sense of the past at sights like Hidimba Devi Temple and Siyali Mahadev Temple. Get out of town with these interesting Manali side-trips: Dhakpo Shedrupling Monastery (in Kullu), Tripura Sundari Temple (in Naggar) and The Himalayan Trout Fish Farm (in Haripur). There's still lots to do: appreciate the views at Solang Valley, identify plant and animal life at Rani Nallah, take in the spiritual surroundings of Anjani Mahadev, and relax and rejuvenate at some of the best spas.

To find reviews, maps, more things to do, and tourist information, use the Manali itinerary builder website .

You can fly from Rishikesh to Manali in 5.5 hours. Other options are to drive; or take a bus. Finish your sightseeing early on the 17th (Fri) so you can travel to New Delhi.
more less

Things to do in Manali 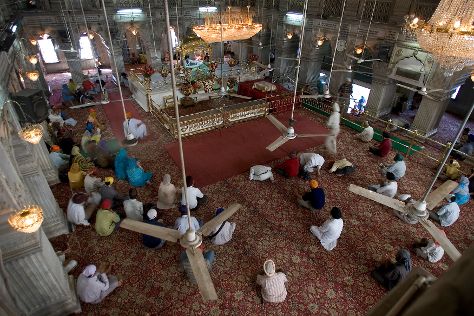 Get outdoors at Climbing Tours and Sultanpur National Park. Get a sense of the local culture at Hauz Khas Village and Humayun's Tomb. There's still lots to do: don't miss a visit to Rajpath, take in the spiritual surroundings of ISKCON Temple Delhi, steep yourself in history at India Gate, and explore the historical opulence of Red Fort (Lal Quila).

For other places to visit, more things to do, traveler tips, and other tourist information, refer to the New Delhi driving holiday planner .

You can fly from Manali to New Delhi in 3.5 hours. Alternatively, you can do a combination of taxi and flight; or drive. January in New Delhi sees daily highs of 23°C and lows of 9°C at night. On the 22nd (Wed), wrap the sightseeing up by early afternoon so you can travel back home.
more less