New Delhi is known for historic sites, parks, and shopping. Your plan includes some of its best attractions: contemplate in the serene atmosphere at Humayun's Tomb, indulge your taste buds at Food & Drink, take in panoramic vistas at Qutub Minar, and explore the historical opulence of Red Fort.

For traveler tips, maps, and tourist information, you can read our New Delhi itinerary maker tool.

For reviews, ratings, and tourist information, refer to the Agra trip planner.

Traveling by car from New Delhi to Agra takes 3 hours. Alternatively, you can take a train; or take a bus. November in Agra sees daily highs of 84°F and lows of 54°F at night. Finish your sightseeing early on the 22nd (Fri) so you can drive to Jaipur.
more less

Jaipur is known for historic sites, museums, and shopping. Your plan includes some of its best attractions: steep yourself in history at Amber Palace, take an in-depth tour of City Palace of Jaipur, get outside with Make Bike Trip, and identify plant and animal life at Elefriend.

Traveling by car from Agra to Jaipur takes 3.5 hours. Alternatively, you can take a train; or take a bus. In November, plan for daily highs up to 86°F, and evening lows to 58°F. Wrap up your sightseeing on the 25th (Mon) early enough to travel to Udaipur.
more less

Venice of the East

Tourism in Udaipur, a picturesque city known for its lake system, thrives due to the area's numerous historic and cultural relics.

Start off your visit on the 26th (Tue): take an in-depth tour of Bagore Ki Haveli Museum, take an in-depth tour of City Palace of Udaipur, thentake in the exciting artwork at Gothwal Art, and finally explore the activities along Lake Pichola. Here are some ideas for day two: contemplate in the serene atmosphere at Ekling Ji Temple and then take in the spiritual surroundings of Jagdish Temple.

To see maps, ratings, and tourist information, you can read our Udaipur route planner.

Fly from Jaipur to Udaipur in 3 hours. Alternatively, you can drive; or take a bus. November in Udaipur sees daily highs of 86°F and lows of 57°F at night. Finish your sightseeing early on the 27th (Wed) to allow enough time to drive to Jodhpur.
more less

Things to do in Udaipur 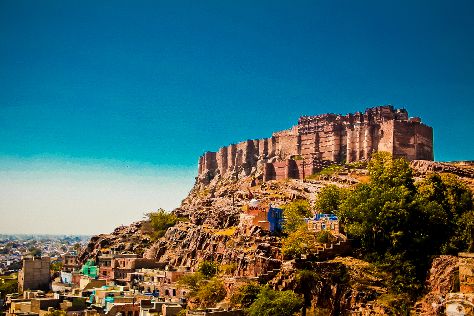 The blue-walled buildings in the old quarter of Jodhpur have a calming, quaint aesthetic when viewed from up high, but down on the streets the city bustles with a lively atmosphere that belies its toy-town color.

Start off your visit on the 28th (Thu): admire the masterpieces at Umaid Bhawan Palace Museum, contemplate the long history of Mehrangarh Fort, and then explore the world behind art at Ganesh Handicrafts.

To see where to stay, other places to visit, more things to do, and more tourist information, read our Jodhpur day trip planning tool.

Getting from Udaipur to Jodhpur by car takes about 4 hours. Other options: take a bus; or take a train. In November, daily temperatures in Jodhpur can reach 89°F, while at night they dip to 59°F. Finish your sightseeing early on the 28th (Thu) to allow enough time to travel to Mumbai.
more less

Things to do in Jodhpur 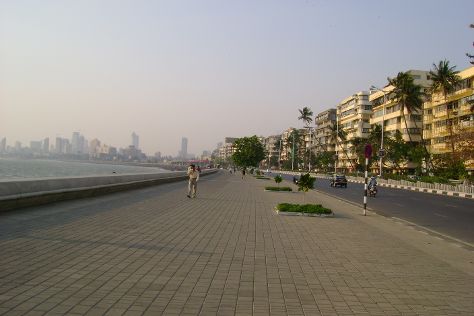 To find more things to do and other tourist information, use the Mumbai online route planner.

Traveling by flight from Jodhpur to Mumbai takes 3.5 hours. Alternatively, you can drive; or take a train. Plan for a bit warmer nights when traveling from Jodhpur in November since evenings lows in Mumbai dip to 69°F. Wrap up your sightseeing by early afternoon on the 30th (Sat) to allow enough time to travel back home.
more less

Things to do in Mumbai