Anne Frank House and Canals area will appeal to history buffs. Your cultural itinerary includes sights like Rijksmuseum and Zaanse Schans. Venture out of the city with trips to Amsterdam City Tours (in Marken) and The Hague (The Mauritshuis Royal Picture Gallery, Louwman Museum The Hague, &more). There's still lots to do: see the interesting displays at Micropia, explore the galleries of Museum Het Rembrandthuis (Rembrandt House), contemplate the long history of Portuguese Synagogue, and take in the architecture and atmosphere at De Duif.

To find more things to do, other places to visit, maps, and other tourist information, go to the Amsterdam trip site.

Denver, USA to Amsterdam is an approximately 15-hour flight. Traveling from Denver to Amsterdam, you'll lose 8 hours due to the time zone difference. Traveling from Denver in August, expect nights in Amsterdam to be about the same, around °F, while days are little chillier, around °F. Finish your sightseeing early on the 4th (Sun) to allow enough time to take a train to Paris.
more less 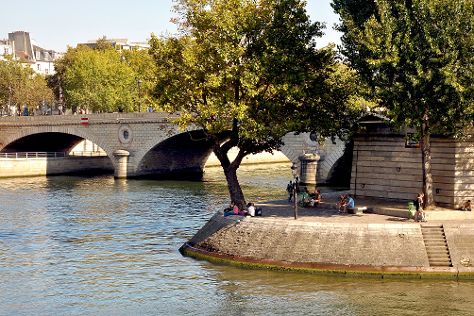 Discover out-of-the-way places like The Army Museum and Saint Germain des Pres Quarter. Museum-lovers will appreciate Musee d'Orsay and Musee du Theatre Forain. Get out of town with these interesting Paris side-trips: Chateau de Chantilly (in Chantilly City) and Orleans (Orléans Cathedral & Hotel Groslot). There's lots more to do: step off the mainland to explore Ile Saint-Louis, wander the streets of Place de la Bastille, take in the architecture and atmosphere at Chapelle Notre Dame de la Medaille Miraculeuse, and don't miss a visit to Champs-Elysees.

To find traveler tips, where to stay, maps, and more tourist information, you can read our Paris road trip site.

You can take a train from Amsterdam to Paris in 4.5 hours. Other options are to fly; or drive. In August, daytime highs in Paris are °F, while nighttime lows are °F. Finish your sightseeing early on the 9th (Fri) to allow enough time to travel back home.
more less